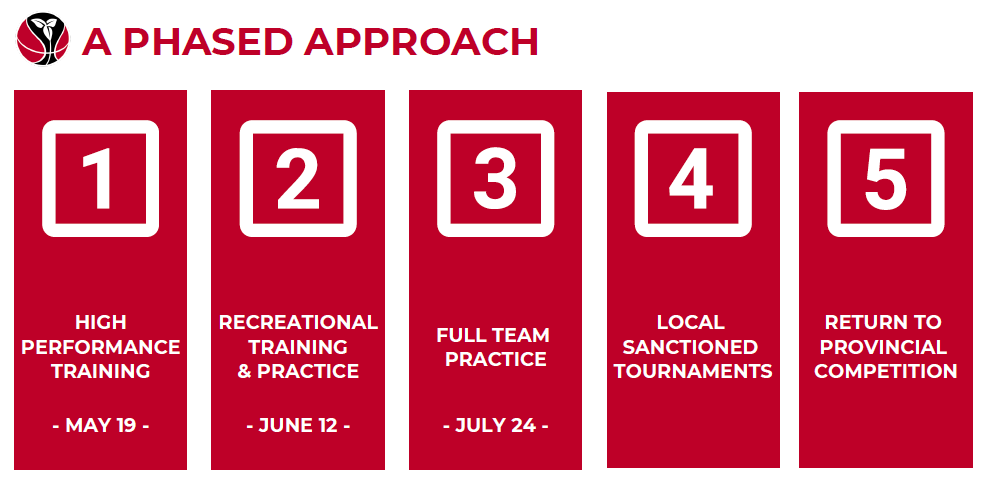 Ontario Basketball is pleased with the COVID-19 progress in our province that has allowed us to transition to Phase 3 of “non-contact” practices with health and safety protocols in place and up to 50 people at an indoor facility in areas in Stage 3. Areas in Stage 2 are restricted to 10 participants.

So what does “non-contact” mean?

This means no games. For now.

As soon as that restriction is lifted by the Ontario government, the OBA will be prepared to move into Phase 4 of our Return to Play guidelines, but we have no indication of when that may be in these uncertain times.

Due to all the uncertainty we announced our competitive schedule for the OBL and OSBA would be pushed back to a January 2021 start, BUT that does NOT mean there will be no games played in the Fall if circumstances change.

As stated in our postponement announcement,

“There remains great uncertainty with government regulations and public health requirements going forward, and, if it is deemed safe to begin a competitive schedule prior to January 2021 the OBA will be prepared to run some modified competitions at that time in collaboration with member clubs.”

What could this look like? We have lots of ideas including:

There may also be a transitional step in between our Phase 3 and Phase 4 where the Ontario government opens contact practices and potentially games to high performance athletes. This is speculation (this entire article is!) but because the province opened Stage 1 that allowed practice exclusively for high performance athletes such as TAS, Team Ontario, and OSBA athletes, they could again as a transitional tool with fewer numbers.

In any case, OBA members should rest assured there is a Phase 4 in between the current Phase 3 of team practices and Phase 5 of full Return to Play when league launch in January.

When that time comes – we will see you on the court!