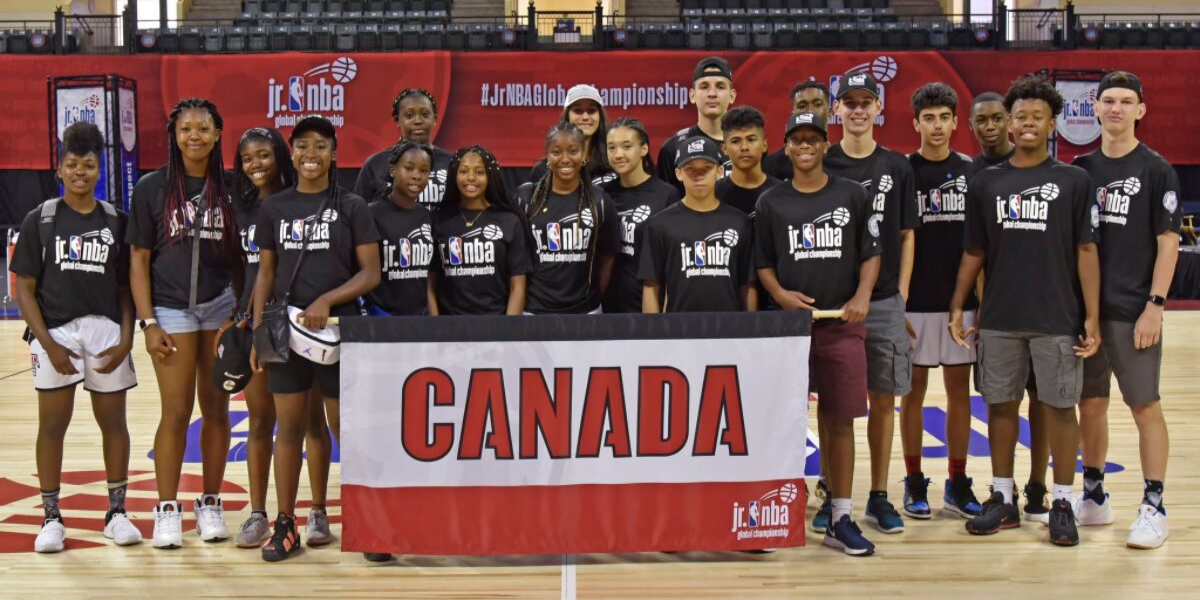 The 2019 Jr. NBA Global Championship concluded this past weekend in Orlando, FL. Brampton Warriors U14 Girls and Nike Bounce U14 Boys represented Canada proudly after qualifying for the tournament in June. 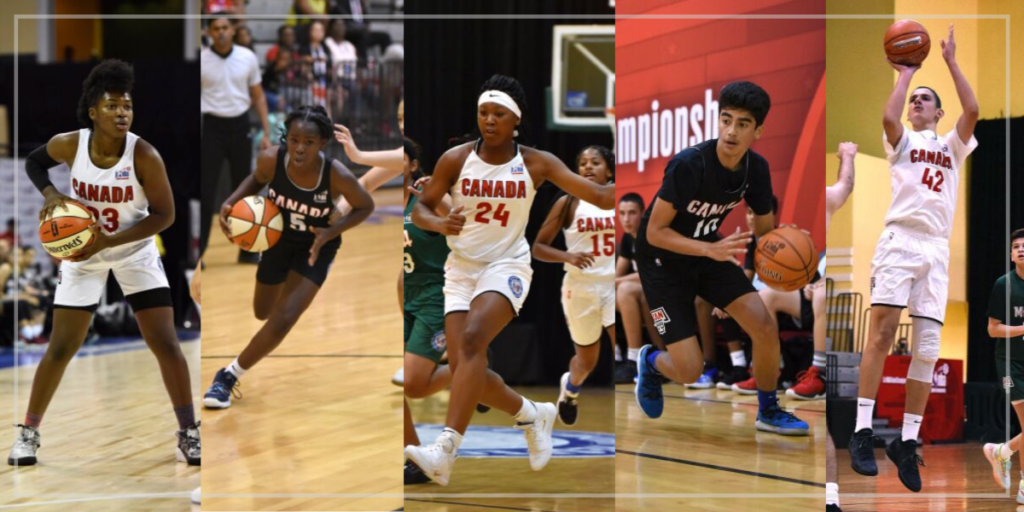 Above: Five Canadians finished in the top 20 of each division, including #23 Caidence Amartey, #5 Anaya Johnson, and #24 Cyanne John in the Girls Division, plus #10 Remil Tissington and #42 Jovan Milicevic in the Boys Division.

#23 Caidence Amartey also took home the Teamwork Award, presented to a player who exhibited strong communication and cooperation skills.  Amartey was recognized for demonstrating understanding of how to listen, lead and work well with others during the tournament.

Both teams also had the opportunity to meet and speak with basketball stars such as Dwyane Wade and Breanna Stewart.

All participating Jr. NBA teams had a break from competing on Thursday to participate in a community service initiative through the NBA Cares program.

The Canada Boys got to meet the one and only @BdotAdot5 at the #JrNBAGlobalChampionship Day of Service! 🇨🇦 pic.twitter.com/NFXxxy27Se 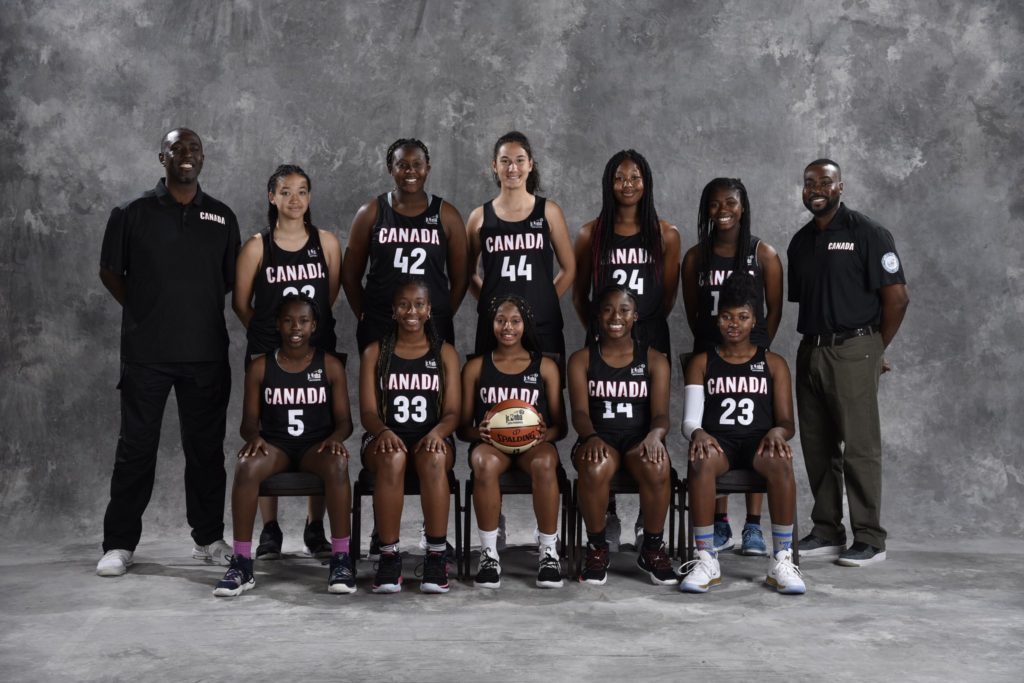 The Brampton Warriors had an excellent tournament, making it all the way to the Girls Final. They cruised through the round robin, going 3-0 against Mexico, Asia Pacific and China. In the playoffs, they then beat India, Europe & Middle East, and Latin America in the International bracket final on their way to the Girls Final.

They fell just short against a powerhouse Central USA team in the Final, but did Ontario and Canada proud throughout the week and should be very proud of making in all the way to the Final. Full tournament scores summarized below. 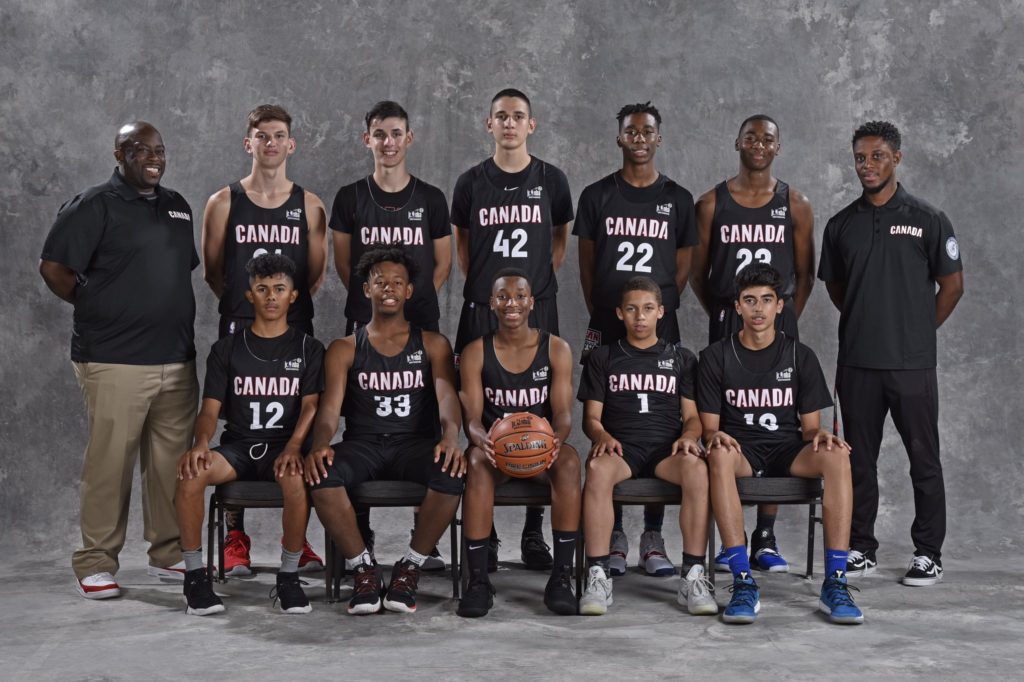 The Canada Boys are in the pursuit of ONE GOAL and that’s to be Jr. NBA Global Champions. 🇨🇦🏆
⠀⠀⠀⠀⠀⠀⠀⠀
Stay tuned to @NBACanada as they head into Bracket Play!
⠀⠀⠀⠀⠀⠀⠀⠀#JrNBAGlobalChampionship @GatoradeCanada x #FuelledByG pic.twitter.com/lg5geRxOfj

Nike Bounce coasted through the group stage, going 3-0 against Mexico, Asia Pacific and China. They then swept India in the quarterfinals and Europe & Middle East in the semis. They lost the International bracket final against the reigning champion Africa Boys but again represented Ontario and Canada extremely well. Full results summarized below.

Congratulations to both teams on their accomplishments in the tournament and for proudly representing Canada on the international stage.

All media featured in this article was sourced from @NBACanada on Twitter.