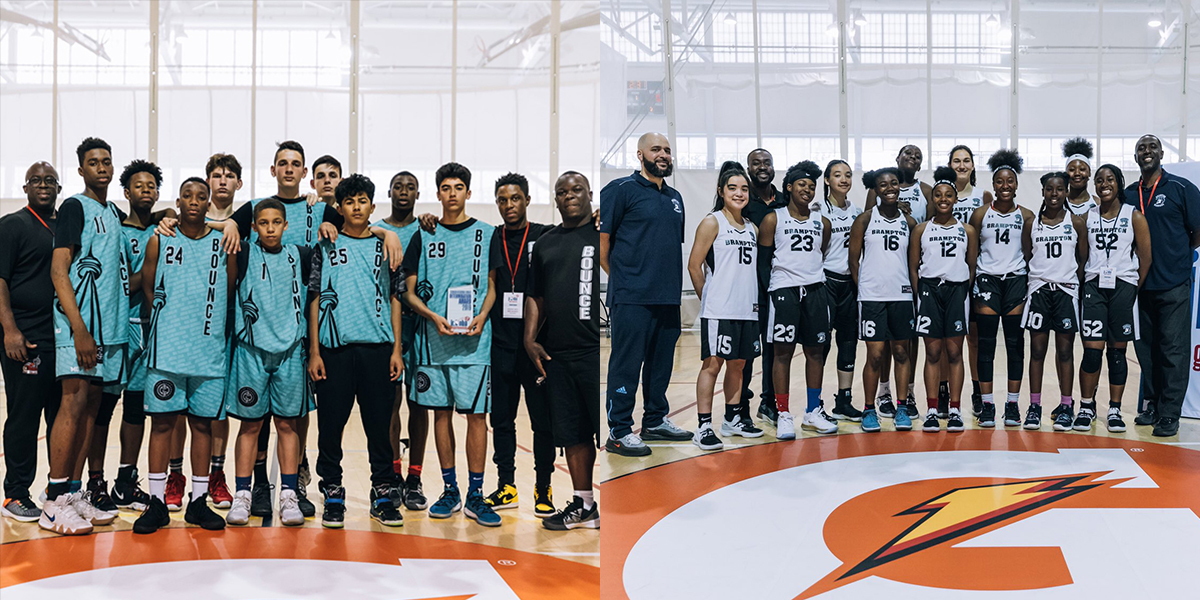 The Jr. NBA Canada Regional Finals concluded this past weekend with both Ontario teams advancing to the 2019 Jr. NBA Global Championship in August.

The event was held at the Toronto Pan Am Sports Centre from June 13 to 16, with five boys’ and five girls’ teams from across the country competing for the chance to proudly represent Canada on the global stage. Both teams will now prepare to compete at the Jr. NBA Global Championship, to be held at ESPN’s Wide World of Sports near Orlando, FL from August 6-11.

As winners of OBLX U14 Championships, Brampton Warriors and Nike Bounce represented the Ontario Region over the weekend. Both teams held perfect 4-0 records to qualify for the Championship games on Sunday. A full recap of scores for the tournament can be found here, with Ontario teams’ results below.

On Saturday night, all players, coaches, and families were treated to a visit from Jamal Murray (from Kitchener, ON and of the Denver Nuggets), and Raptors superfan Nav Bhatia. Players had the opportunity to listen to Murray and Bhatia speak about their experiences in basketball, ask questions, and snap team photos with the pair.

On Sunday afternoon, the Brampton Warriors took on VK from North Vancouver in the Girl’s Final. Although VK took an early lead, the Warriors regained control of the game just before halftime and closed it out convincingly in the second half, winning 72-47.

Nike Bounce then took on BC United, also based in Vancouver, for the Boy’s Final. BC United had impressed throughout the tournament, including winning 103-46 over the representative team from Nova Scotia on Saturday. However, Nike Bounce prevailed and won the game 72-52.

Congratulations to both Ontario teams on their victories! Ontario Basketball wishes them luck as they head to Florida in August for the Jr. NBA Global Championship.

A special thank you to all staff, officials and volunteers who made the event a huge success.