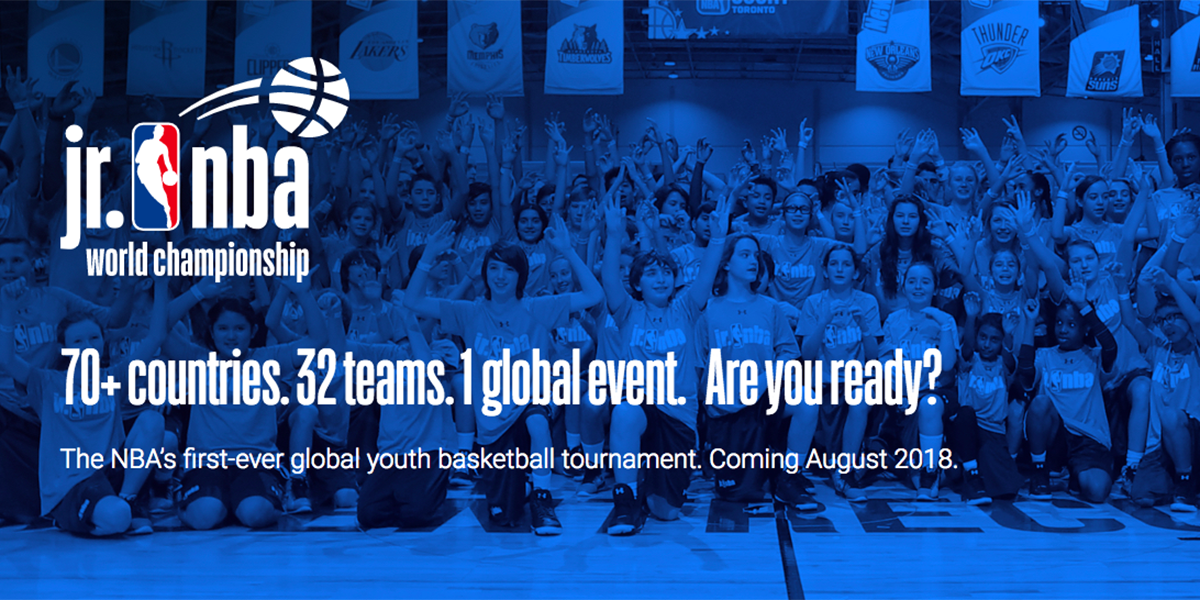 An amazing, once-in-a-lifetime experience capped a dreamlike season for two Ontario Basketball teams as 2018 marked the inaugural Jr NBA World Championship. Held in Orlando at Disney’s ESPN Wide World of Sports complex, the two teams representing Canada were both OBA clubs. By winning Division 1 of the U14 Ontario Cup Provincial Championships, the Welland Warriors girls and Brampton Breakdown boys moved on to the Canadian Regional where they bested teams from across the country to earn the right to represent Canada on the International side of the Jr. NBA World Championship bracket.

Canada’s teams received an all-expenses paid trip to Orlando where they stayed on the Disney property where they marched in the Disney World parade at Magic Kingdom and got to explore the park with their teams. They all received a full uniform set of home and away jerseys and shorts, practice gear, hat, shooting shirt, t-shirts and socks.

Through the NBA the teams had a life skills session with Grant Hill and Jennifer Azzi, met Vince Carter after he broadcast their game, and got team photos with Dwyane Wade who also sat courtside for the International Finals and cheered on the teams. Games were aired on Fox Sports and FS1 in the States and on NBA TV Canada domestically.

Many of the players said their favourite part was just meeting other young basketball players from around the world and making new friends from other teams including China, Africa, Europe, India, Mexico and Australia and eight teams from across the United States.

The Canada Girls started the Jr NBA World Championship going 3-0 in Pool Play including wins 63-20 over Mexico, 65-44 over China, and 72-63 over Africa. Canada began bracket play as the top seed on the International side and won convincingly 56-10 over South America but came up against a tough Australia squad in the Semi-Final who put together a perfect fourth quarter to come back and shock the Welland Girls.

The Canada Boys opened the tournament with a 69-20 win over Mexico, and an 85-68 win over China before losing 82-44 to a tough and athletic African team giving them a 2-1 record in pool play. Canada opened the elimination bracket with a hard-earned 68-59 win over South America and followed that with a 63-52 win over Australia in the Semis to set up a rematch with Africa in the International Final. Canada came to play and were down just eight points heading into the fourth quarter when two key players fouled out and they ended up falling 93-75.

Ontario Basketball is excited for the 2019 Provincial Championships for U14 Boys and Girls and to see which teams take the next step towards qualifying for the Jr. NBA World Championship! We are anticipating a high level of competition as teams vie for a spot in this amazing new event and will see you next Spring at Provincials!