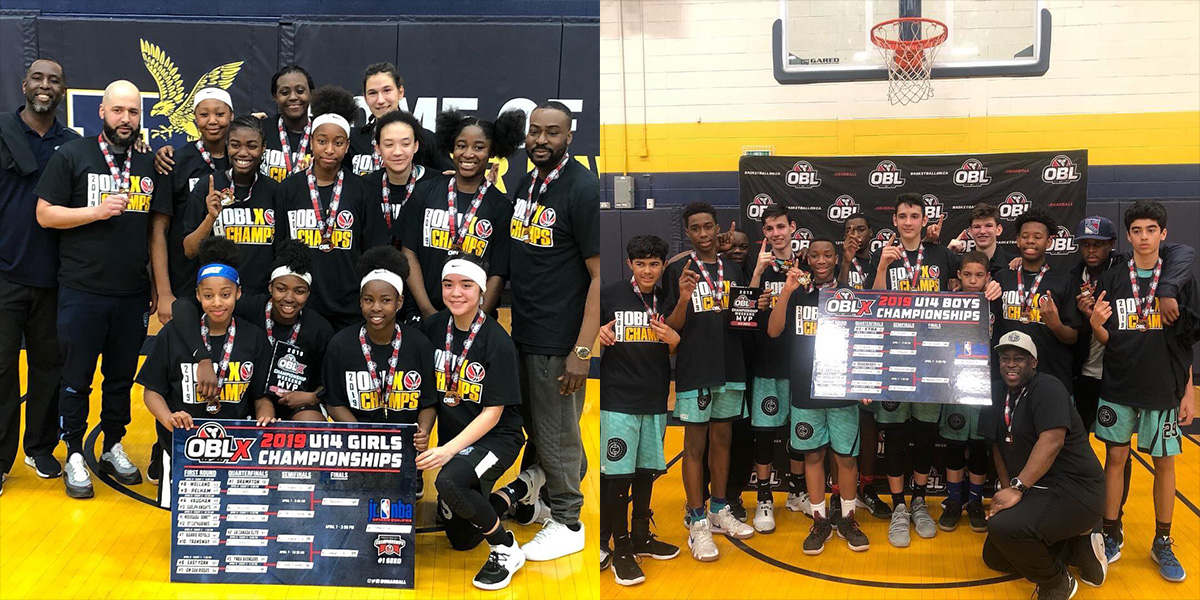 Basketball fans gathered at Humber College in Etobicoke to watch the U14 OBLX season finale showdown on Sunday, April 7 and see what team placed as Ontario’s best.

As an extra incentive for winners of the OBLX title, both the boys’ and girls’ winner of their respective Finals would move on to represent Ontario at the Jr. NBA World Championship Canada Regional for the chance to represent their country.

Last year the NBA introduced the Jr. NBA World Championship where “boys and girls divisions, each comprised of 16 regional champions (eight U.S. teams and eight international teams) will compete in the inaugural championship in August at ESPN Wide World of Sports Complex at Walt Disney World Resort near Orlando.”

If Brampton Warriors or CIA Bounce can win the Canada Regional they’ll have quite the experience at the Jr NBA World Championships – just ask last years’ OBA teams who participated: