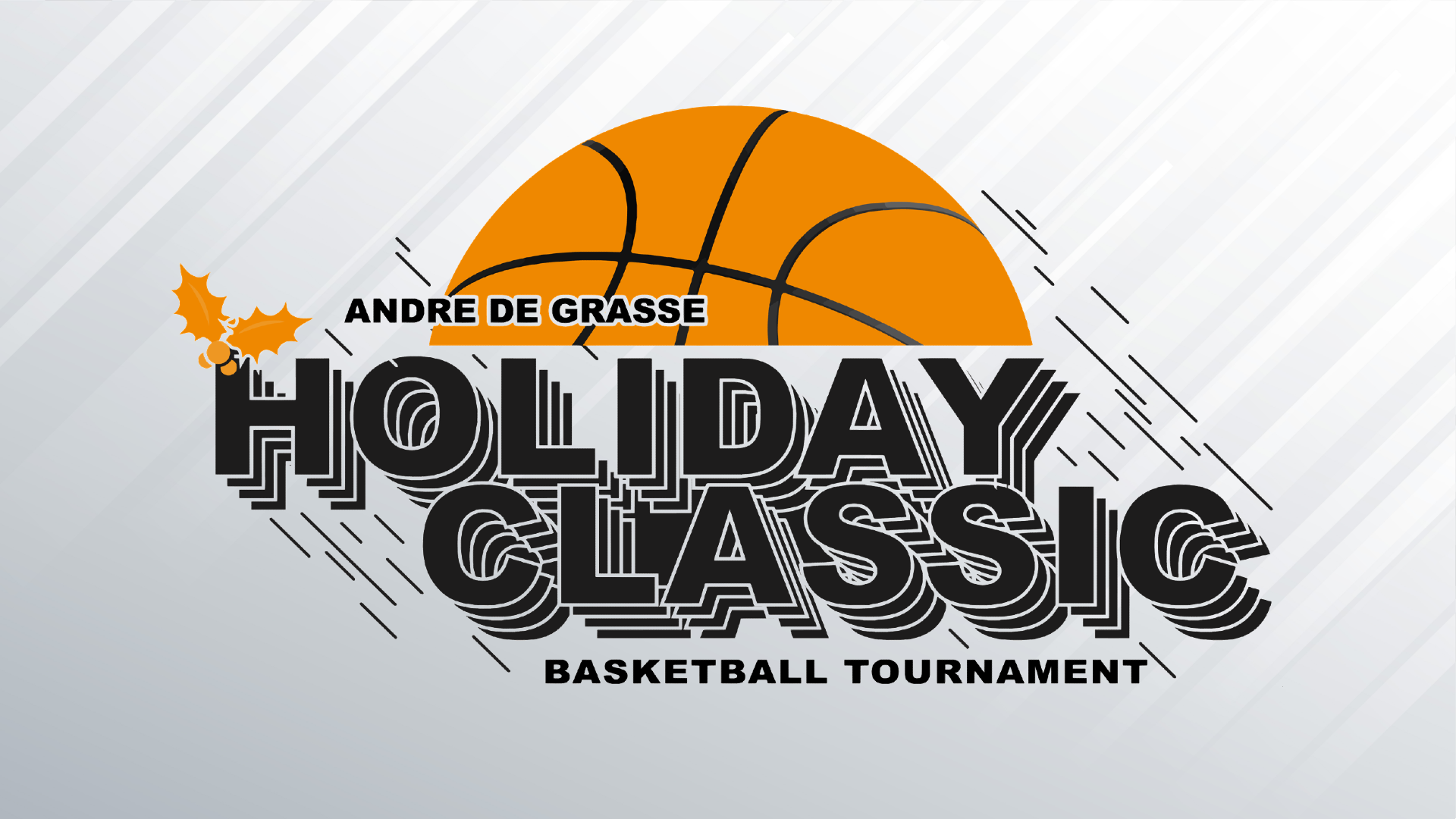 SCARBOROUGH, ON (December 21, 2022) – After a three-year hiatus, the Andre De Grasse Holiday Classic is returning. The youth basketball tournament, which ran for three consecutive years from 2017 to 2019 will take place at the Toronto Pan Am Centre in Scarborough.  The tournament, tips-off on December 27th at 9am with four division championship finals slated for the afternoon of December 28th.

Andre spent the first half of his childhood living in Scarborough before moving to Markham. The basketball player turned sprinter is the reigning Olympic Champion in the 200m and a member of Canada’s 4x100m relay team that won gold at the 2022 World Championships. In total, Andre has won six Olympic medals and five World Championship medals since bursting onto the international sprint scene in 2015 when he won two gold medals at the Pan Am Games in Toronto.  In 2018, Andre established the Andre De Grasse Family Foundation, which is committed to inspire and empower youth through access to sport, education and healthcare.

“I grew up playing basketball with the Scarborough Blues ,” said De Grasse. “It’s amazing to see how the sport has grown in the city. We even have a professional team with the CEBL’s Scarborough Shooting Stars who are supporting my tournament. I look forward to meeting all the talented young players participating in the tournament. Also really happy to be supporting Kids Help Phone through the tournament.”

The Ontario Basketball Association is working alongside the Andre De Grasse Family Foundation in organizing this year’s tournament.

“We’re really looking forward to supporting the tournament and the Andre De Grasse Family Foundation over the holiday season,” said Dave Stockton, Executive Director of Ontario Basketball. “OBA is really grateful to be collaborating, especially with Andre’s personal connection to the basketball community.  In addition, this tournament provides an opportunity for our OBA member clubs to get some games in over the holiday season.”

The tournament is open to the public daily at 8:30a.m. Entry is $5.00 per person and kids 12 and under are free. Proceeds from the tournament go to the Andre De Grasse Family Foundation and Kids Help Phone. The tournament is co-hosted by Ontario Basketball Association.

For media requests, please contact at Brian Levine at brian@envisionse.com or 416-464-4591