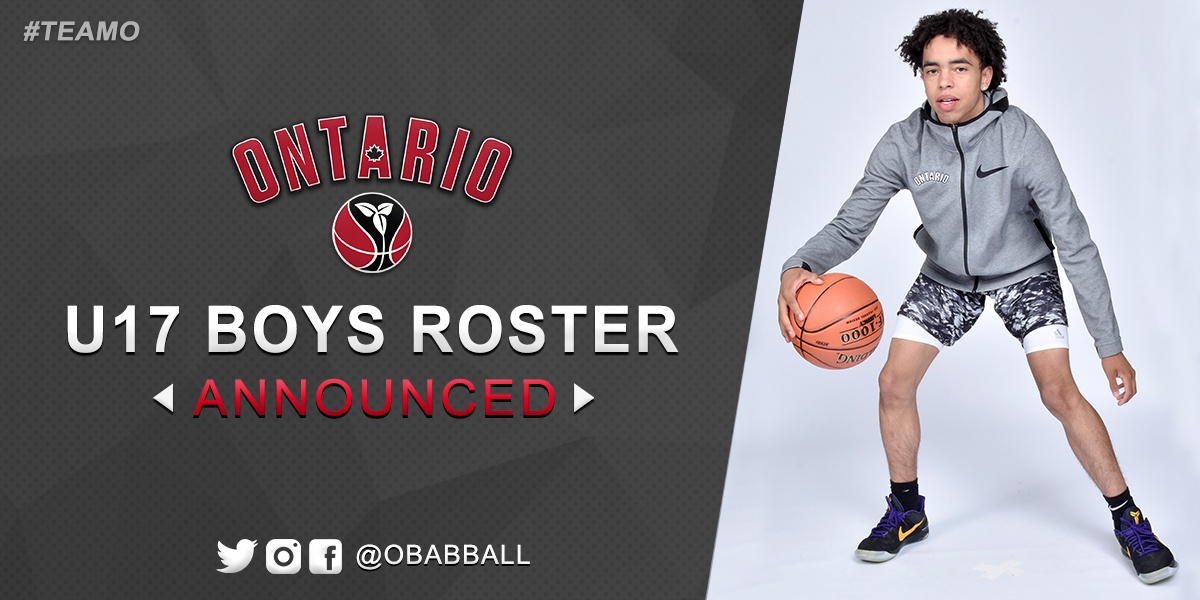 The countdown is on until the U17 Boys National Championships! The tournament tips off on August 6 in Kamloops, B.C.

While Team Ontario earned silver at the last National Championships in 2016, the team won gold at Canada Games last summer with a dominant 108-65 win over Alberta.

The players’ journey to Nationals this year has been a long one with open tryouts starting in February followed by multiple selection camps beginning in May and culminating in a final selection camp over the Canada Day weekend in July. The final 15 players are currently training in London to get ready for Nationals.

“Team Ontario has been focusing on becoming a team that works hard and plays smart together. The players have done a great job buying into what the coaches have asked of them and gelling with one another,” said Head Coach Jamie Campbell. “We’re looking forward to getting to Nationals and playing hard for six days for our shot at winning the tournament.”

The team should be a strong contender for the top spot with a roster that includes many previous Team Ontario athletes as well as players from the Ontario Scholastic Basketball Association (OSBA).

While the Team Ontario Boys teams are in Kamloops, the girls’ provincial teams will be in Fredericton for the U15 & U17 Girls National Championships. Learn more about U15 Girls roster and U17 Girls roster and their preparation this summer for Nationals.

Keep an eye out on Ontario Basketball’s website and social media channels for the U15 Boys roster announcement tomorrow.