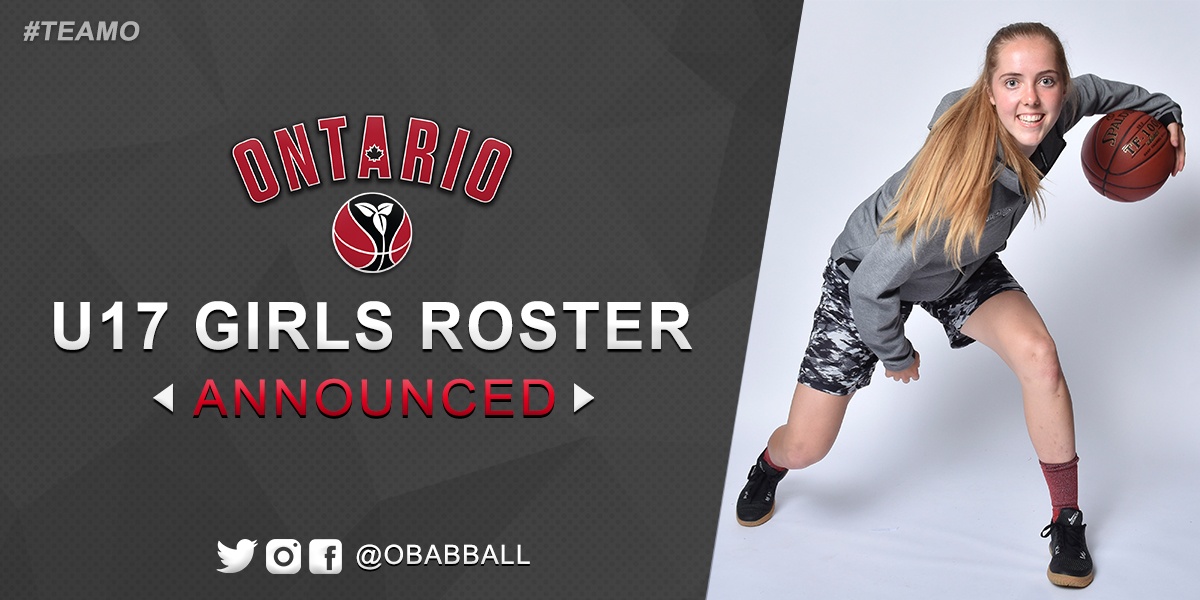 There’s one week to go until the U17 Girls National Championships tips off on August 6 in Fredericton! Team Ontario has been working hard this summer in preparation with multiple training camps across the province and tournaments in Montreal, Chicago and Washington.

While Team Ontario is the defending champion over Quebec at the last Nationals in 2016, Ontario won silver at the Canada Summer Games last summer behind Quebec.

Team Ontario has a talented roster to help them get to the top of the podium this year with the majority of players competing in the Ontario Scholastic Basketball Association (OSBA) during the school year.

Missing from the roster are five top athletes in the province who were named to the U17 Women’s National Team: Rebecca Demeke (Durham Elite), Aaliyah Edwards (Frontenac Secondary School), Makayla Ennis (TRC Academy), Merissah Russell (Capital Courts), and Aerial Wilson (TRC Academy). The players made an impact with the team at the FIBA U17 Women’s World Cup in Belarus from July 21–29.

The 2018 U15 & U17 Girls National Championships takes place at the University of New Brunswick from August 6–11. Ontario is seeded second in Pool A alongside Quebec (1), Manitoba (3), and Alberta (4). Team Ontario first takes on Manitoba on August 6 at 2:45 p.m. ET (3:45 p.m. AT). Their second game of pool play on August 7 will be determined by the result of their first game.

Our U17 "Get to Know" collection, presented by @Nike, is now available on Facebook!

Get acquainted with the 12 ladies who will be suiting up for #TeamO at next week's National Championship in Fredericton.

Check back tomorrow for the U15 Girls roster.