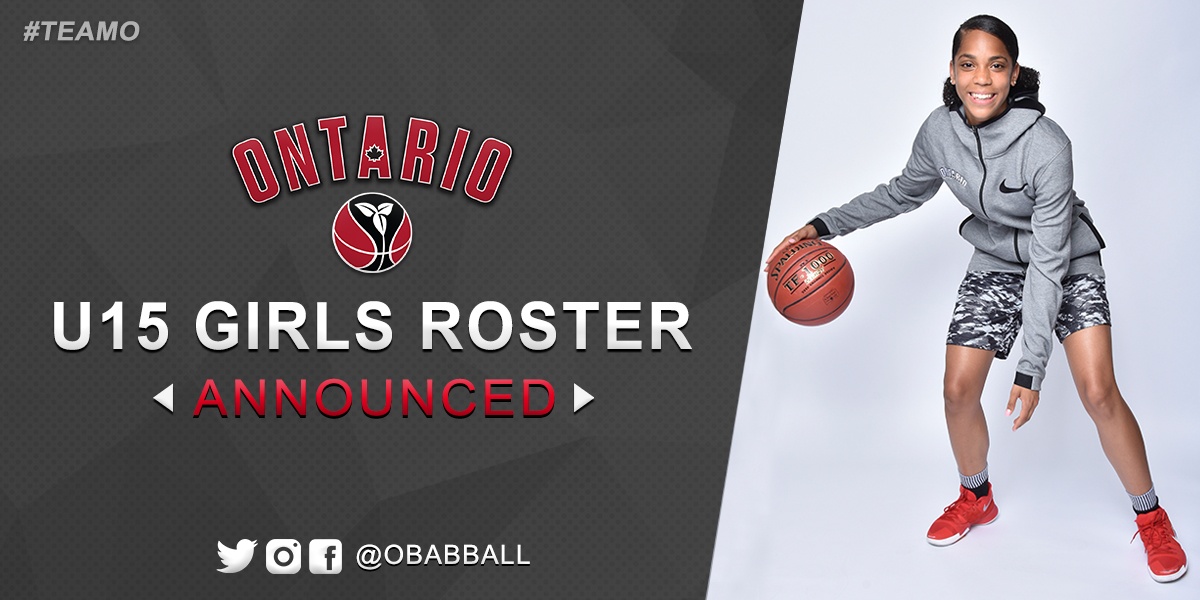 With just under a week to go until the U15 Girls National Championships begin on August 6 in Fredericton, Team Ontario is ready to defend their title after a summer full of training camps and tournaments.

The team participated in multiple training camps at high-quality facilities across the province, including Abilities Centre (Whitby), McMaster University (Hamilton), Nipissing University (North Bay), University of Guelph, and York University (Toronto). The athletes not only worked on their skills on and off the court but also enjoyed a variety of team building activities.

Their hard work and team bonding during training camps helped Team Ontario accumulate a 13-3 record at three tournaments in Canada and the United States.

The team’s first test was at the SLAM CAMP Summer Challenge in Montreal from June 30 to July 1, where Ontario finished the tournament with a 4-0 record with wins over older CEGEP competition.

A few weeks later, they headed to Chicago for the Nike Tournament of Champions from July 9–12 and emerged with a respectable 3-2 record.

They capped off their tournament series with the United States Junior Nationals (USJN) National Championships in Washington, D.C. from July 26–29. Ontario finished top four in the tournament, losing in the semifinals to the eventual champion, Philadelphia Belles.

“The series of training camps and tournaments have allowed us several opportunities to develop a cohesive offensive and defensive philosophy as we head into Nationals. We have had several opportunities to re-work and refine our approach at both ends of the floor, to establish an identity that helps us compete to our strengths, and to develop ourselves in some new and unexpected ways,” stated Head Coach Gord Everett. “Nationals will be an exciting opportunity to compete against the very best talent throughout the country and we are eagerly looking forward to an exciting week of basketball in New Brunswick.”

As the team’s performance so far this summer demonstrates, Team Ontario’s roster for Nationals is full of talent, and more than half of the players have honed their skills in the Ontario Scholastic Basketball Association (OSBA) during the school year.

The 2018 U15 Girls National Championships takes place from August 6–11 at the University of New Brunswick. Ontario is seeded first in Pool A alongside Quebec (2), Saskatchewan (3), and British Columbia (4). Team Ontario first takes on British Columbia on August 6 at 7:15 p.m. ET (8:15 p.m. AT). Their second game will be on August 7 or 8, depending on the result of their first match.

The U17 Girls will join the U15 team in Fredericton as the U17 Girls National Championships takes place alongside the U15 Girls tournament. Learn more about Ontario’s U17 Girls team and their roster for Nationals.

Today's iteration of #GetToKnowTeamO, presented by @Nike, places the spotlight 🌟 on our U15 Girls, who enter Nationals as the reigning 🥇 winners!

Stay tuned tomorrow for the first look at the U17 Boys roster competing in Nationals in Kamloops, B.C. from August 6–11.