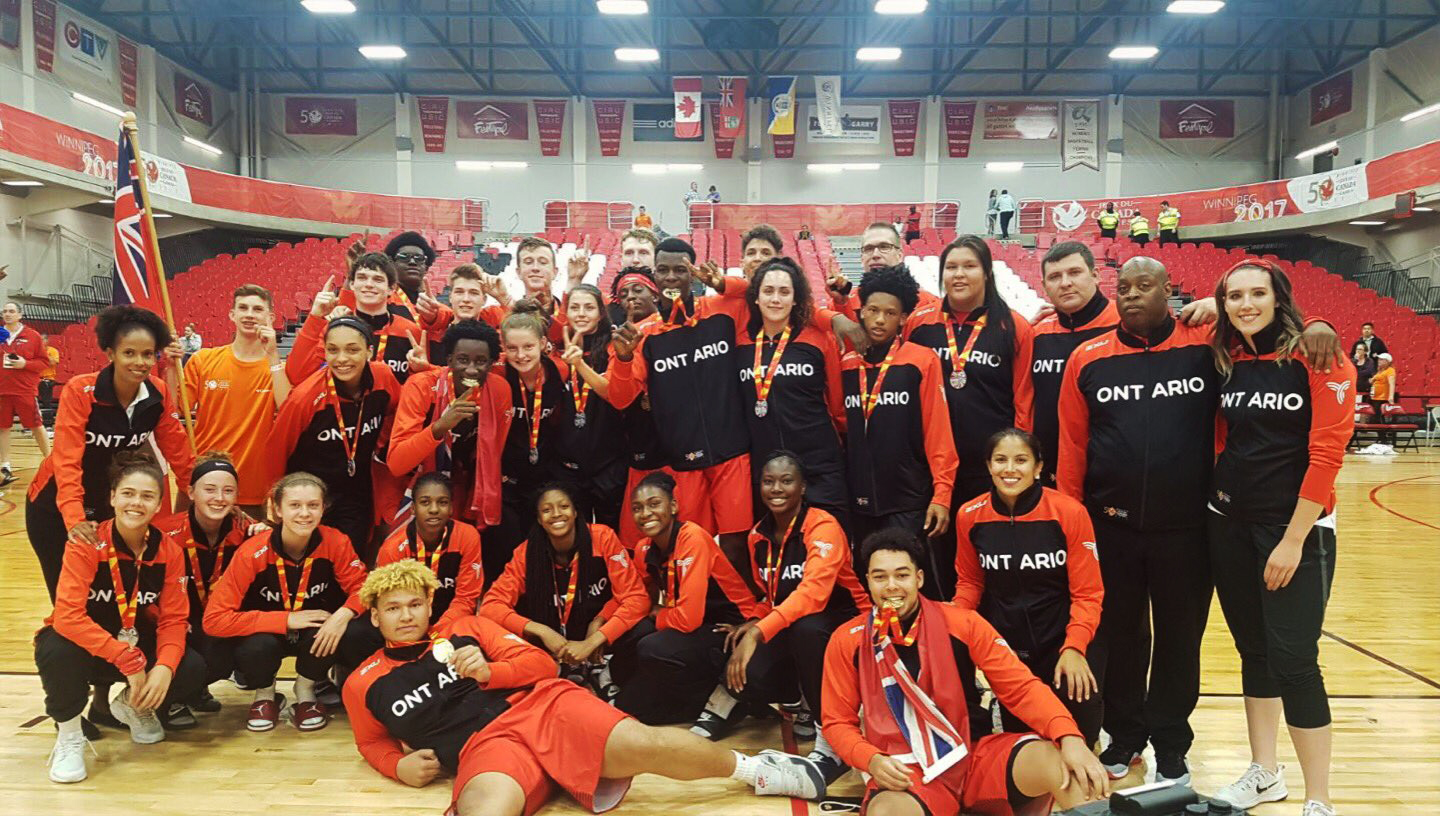 Ontario Basketball’s U17 Team Ontario Men claimed a gold medal and the Women’s team won silver at the 2017 Canada Games in Winnipeg.

The Canada Games are a national multi-sport youth games including athletes from across many sports representing their provinces every four years.

“Another great showing for our province’s athletes demonstrates the high level of play we’ve come to expect with our high performance programs,” said Ontario Basketball executive director Jason Jansson. “The Canada Games are a significant stage and we enjoyed following the success of our Team O teams with the rest of our fans on TSN and the live streams. Congrats to all our medallists and coaches.”

In the Womens’ final Ontario started strong in the physical affair using a zone defence to protect the paint from Quebec’s penetrating guards and led 32-30 at halftime. Despite starting the final frame with a seven-point lead Ontario gave up a 19-1 run during the fourth as Quebec stunned the team and the crowd running away with the gold medal with an impressive perfoemance. Kudos to Quebec for a game well played!

Team Ontario had a balanced attack led by the 13 points from Julia Chadwick, and the eight point, 10 rebound performance by Christina Morra. See the full U17 Girls boxscore (.pdf).

Ontario’s U17 men played Alberta in the Canada Games final and jumped out to a 26-11 first-quarter lead and continued to dominate in their most impressive performance of the tournament, leading by as many as 30 points capped off by a steal and dunk by Emanuel Miller to end the third frame on the way to gold.

At last year’s 2016 National U17 Championships, Ontario’s women won gold and the men settled for silver.

The medal-winning performances cap off an excellent summer for our provincial teams that also saw the U15 Boys and Girls win gold at Canada Basketball’s national championships.