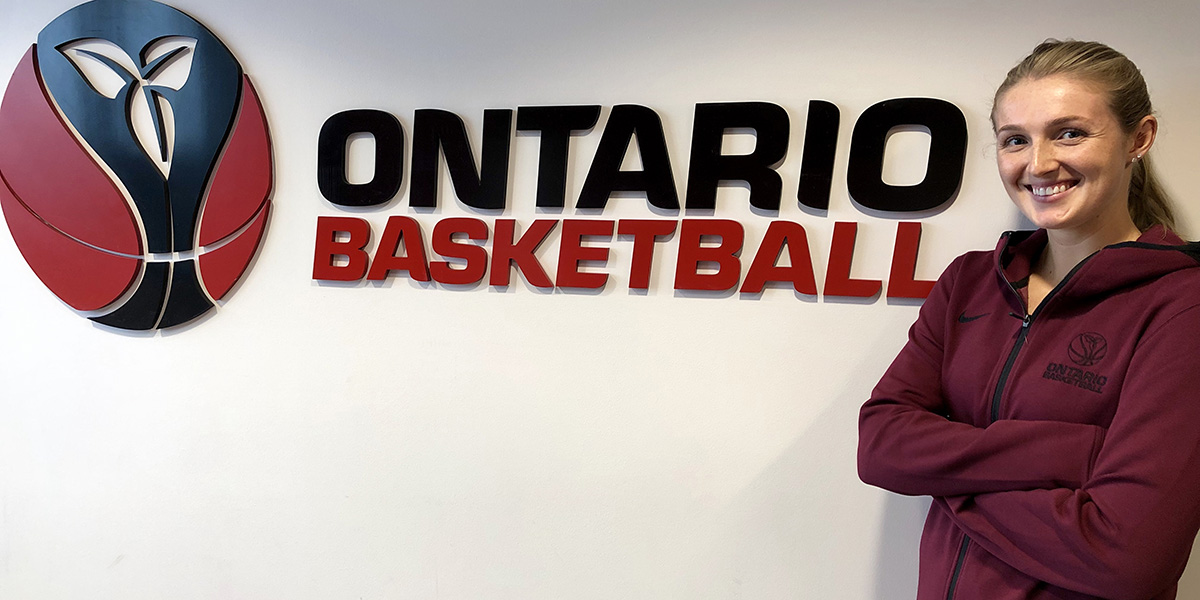 Ontario Basketball (OBA) is happy to announce that Linnaea Harper joins the staff as Coordinator of Basketball Development.

Linnaea comes to Ontario Basketball fresh off a National Championship with McMaster University capping off an award-winning post-secondary career. Awards included Academic All-Canadian and McMaster University Therese Quigley Award as Female Athlete of the Year. She was captain of the McMaster women’s basketball team from 2017-19.

Wearing the red and white, Linnaea has also represented Canada internationally at the 2019 FISU Games and as a member of the 2014 Junior Women’s National Team won a Silver medal at the FIBA Americas.

“I hope to share the positive experiences that I have had with basketball with the young athletes and youth in Ontario,” says Harper.

Linnaea comes to (OBA) with experience in event coordination and 3×3 having run the McMaster University Athletics Hall of Fame Ceremony & Brunch/ Dinner as well as the 3×3 Canada Quest Basketball Tournament in Hamilton. She was a facility supervisor at Ron Joyce Stadium at McMaster and has seven years’ experience as a camp counsellor at Pangos Camp/ McMaster Women’s Summer Basketball Camp.

As a longtime member of Ontario Basketball programming, Linnaea played in rep leagues since the age of seven and is continuing on the CS4L pathway for Long-Term Athlete Development and giving back to the basketball community.