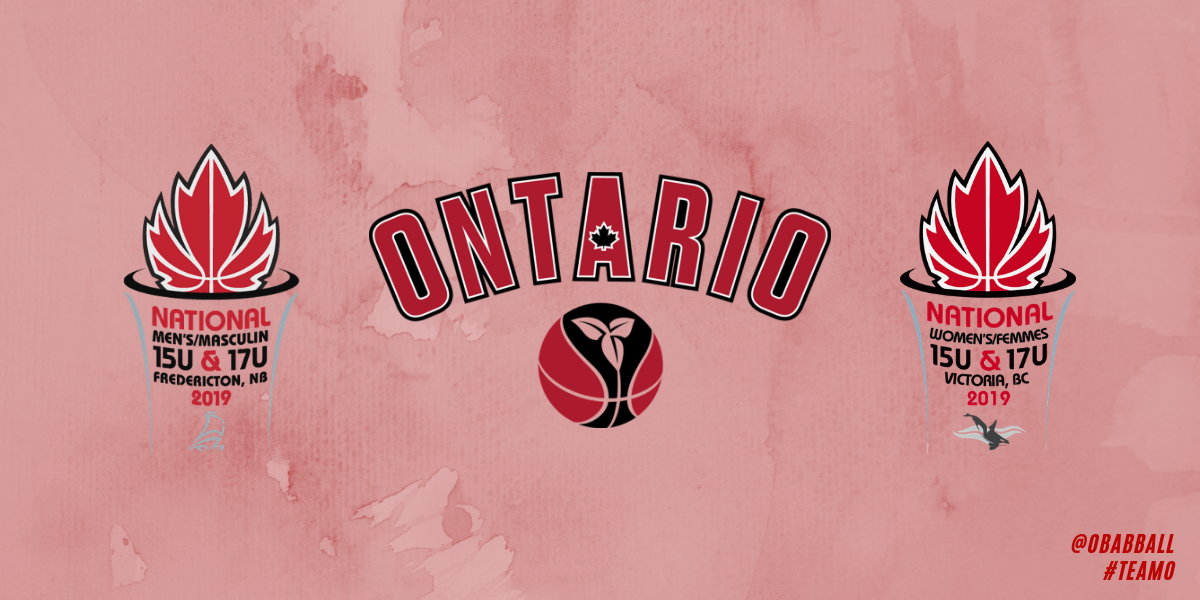 Team Ontario U15 Girls, U15 Boys and U17 Boys return home with medals following 2019 Canada Basketball National Championships. Events in Fredericton, NB and Victoria, BC concluded Sunday August 10 with Ontario competing in three gold medal games. All three matches were conceded to Quebec, who swept all four National Championships tournaments.

The 2019 U15 & U17 Girls National Championships were held at the beautiful University of Victoria in Victoria, BC. A special thank you to hosts Basketball BC and UVic for a great week in a great city.

The U15 Girls played a great tournament, going undefeated in the group stage and making it to the Final. Quebec proved to be too dominant in the final game, with standout tournament MVP Cassandre Prosper scoring a double-double (24 PT, 18 RB).

Congratulations to the U15’s on taking home the silver medal, and to Lemyah Hylton & Cheyenne Rowe on their First Team All-Star nods, and Taija Sta Maria on her Second Team All-Star recognition.

It just wasn’t our year in this division; However, congratulations to the U17 Girls on closing out their tournament with a convincing win versus New Brunswick. Congratulations to Jayme Foreman on her Second Team All-Star nomination.

Shout out to this U17 team for their support of the U15 Girls as they advanced to the semi-final and final. The U17’s were always sat behind the U15 bench and cheering loudly!

The 2019 U15 & U17 Boys National Championships were held at the University of New Brunswick in Fredericton, NB. Thanks to hosts Basketball New Brunswick and UNB.

The U15 Boys also had a very successful tournament, going undefeated in the group stage and making it to the final. It was Quebec’s year; The U15’s lost to Quebec in a close and competitive final.

Congratulations to the U15’s on taking home the silver medal, and to Jahsemar Olembe and Jaiden Cole on their Second Team All-Star nods.

Congratulations to Basketball Quebec on sweeping all four National Championships this year – An incredible accomplishment for the province.

Photo galleries from both tournaments will be available soon on the Ontario Basketball Facebook page.