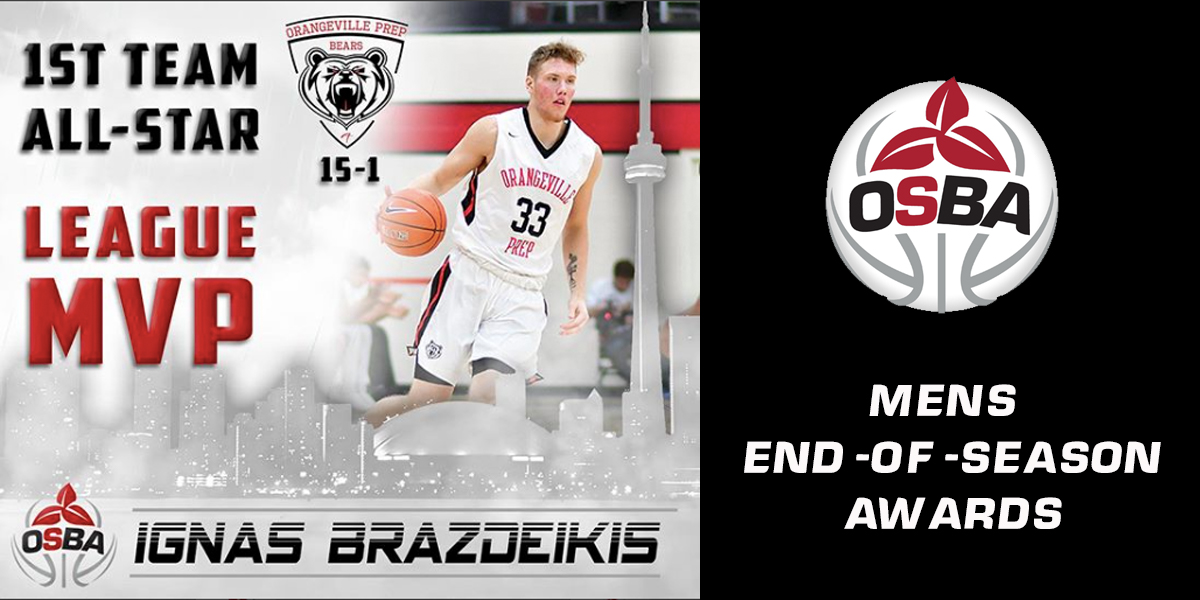 Another exciting season in the OSBA men’s division is near it’s end, and with the playoffs getting set to begin on March 22, the end of season awards have been handed out and first and second team All-Stars have been named.

Take a look at who took home some hardware this season in recognition for their excellent play on the court, along with some great achievements off the court as well leading into the OSBA men’s division playoffs.