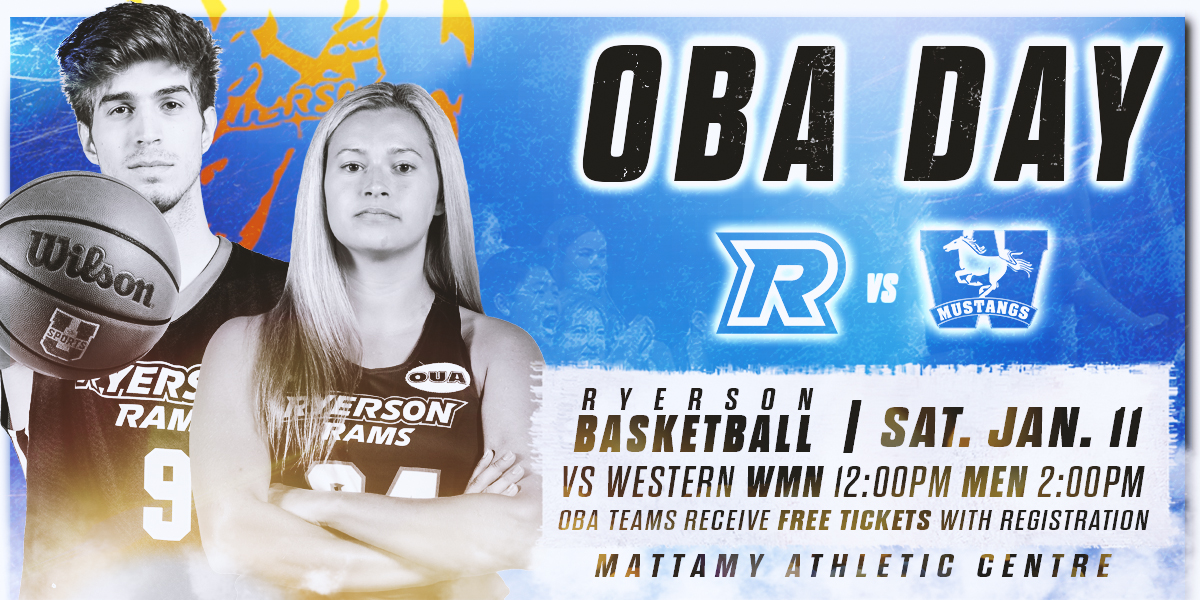 Ryerson’s men’s and women’s basketball teams will play host to the Western Mustangs at the Mattamy Athletic Centre in Toronto in 2020’s OBA Day at Ryerson where members of Ontario Basketball can see the games FREE, win prizes and participate in exclusive fan experiences.

What better way to build team chemistry and see some high-level basketball?

Tickets to the Saturday, January 11th matches are FREE to those who register in advance using this link. Teams interested in special fan experiences can reserve their spot on a first-come first-serve basis.

Festivities will celebrate teams and players from the OBL and throughout the Ontario Basketball membership, and include;

At 12:00pm see the star Jama Bin-Edward and a Rams team looking for a fresh start with five new recruits (including three OSBA grads – Taite Cleland, Sarai Bailey, and Chelsea Arruda) in the fold under the guidance of coach Carly Clarke and assistant Jessica Roque who coached Team Ontario’s U14 Girls development team this past summer. They suit up against a Western Mustangs team with a new head coach in Nate McKibbon.