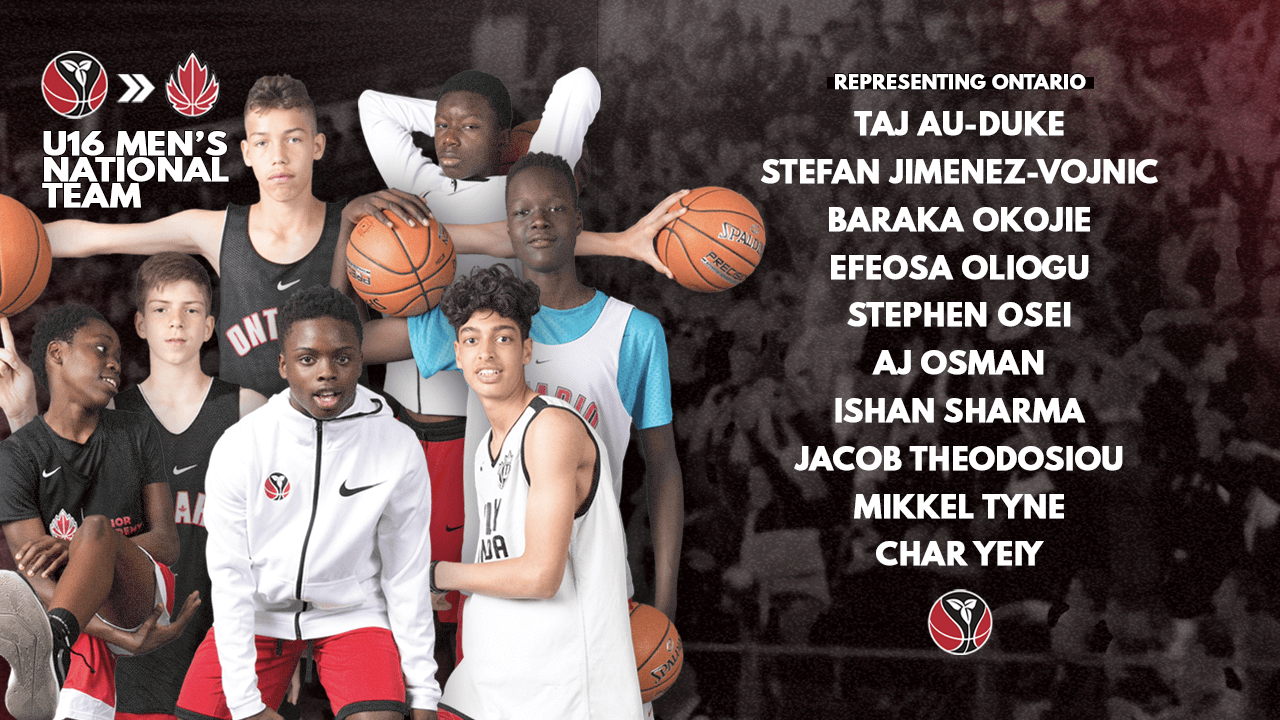 Canada Basketball has announced the Team Canada U16 Boys roster for the FIBA U16 Americas Championship in Mexico next week. Ontario is well represented in the roster and coaching staff, with ten athletes from Ontario, plus all four members of the coaching staff.

Team Canada wrapped up their training camp at Humber College yesterday and will now depart for Mexico. Canada will compete in Group A with Argentina, Brazil and host Mexico. The group stage schedule is below:

Team Canada’s games will be free to watch on the FIBA YouTube channel.

Good luck to all Ontario athletes & coaches on their quest for FIBA U16 gold!