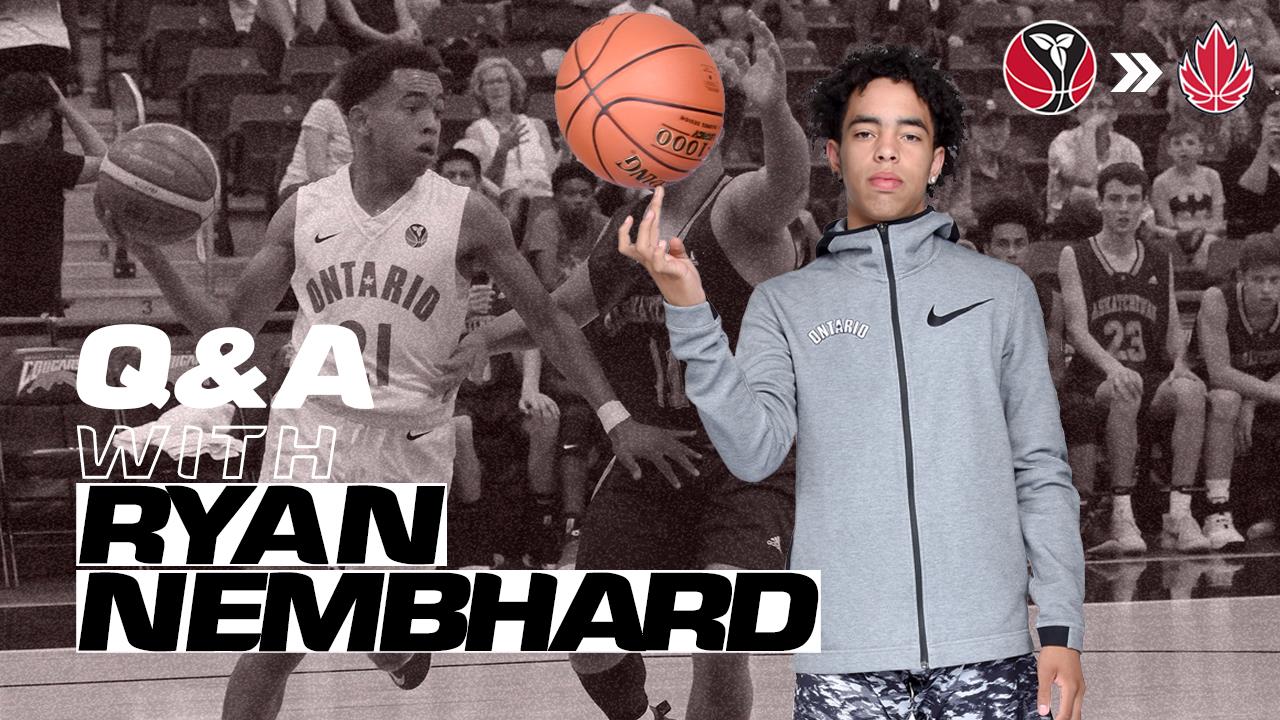 The 2021 FIBA U19 Basketball World Cup is currently underway in the host cities of Daugavpils and Riga, Latvia. Team Canada U19 Men sit atop Group A with two wins thus far. Nine athletes on the Team Canada roster are from Ontario.

OBA recently caught up with Team Canada’s Ryan Nembhard (Aurora, ON), who is off to Creighton University in the NCAA this fall, on the tournament so far and what it’s like to play with familiar faces from Ontario.

OBA: How does it feel to be representing Canada internationally for the second time?

RN: It feels great. It’s always an honour to represent my country and wear Canada across my chest. It gives me a great sense of pride, and I love playing for my country.

OBA: What is it like representing Canada with the guys you grew up playing with and against?

RN: It’s a great feeling to be able to travel the world and compete with some of my best friends. These are memories that we will have forever.

OBA: How will the chemistry you and Caleb [Houstan] have built translate to the U19 National team?

RN: I think it’ll translate very well, we got pretty close these past 3 years at Montverde [Academy] and it only makes it easier to play together on the court.

OBA: Is there anyone in particular you’re excited to play with you haven’t had the chance to before?

RN: Honestly just everyone. There are a bunch of guys on the team that I have played against growing up and now it’ll be fun playing with them.

OBA: How is the team coming together off the court, and what kind of things do you do to bond as a team?

RN: The team is coming together really well, we haven’t been here for that long but we just hang out when we can, make jokes… just have fun honestly.

OBA: What’s the identity of this team – is there a certain style of play that the coaches are using?

OBA: From Team Ontario to the OSBA, you’ve made your mark all over the high-performance pathway – any favourite experiences coming up in OBA?

RN: Favorite OBA memory would probably be when we won an Ontario Cup gold medal a long time ago.

Ryan and Team Canada U19 Men have a 2-0 record thus far in Latvia after defeating Lithuania (80-71) and Japan (100-75). Canada will be in action for their final group stage game tomorrow morning against Senegal at 5:00AM EST.

All games will be streamed on the FIBA YouTube channel. The quarterfinals are to be held on Friday July 9th, the semis on Saturday July 10th, and the final on Sunday, July 11th.