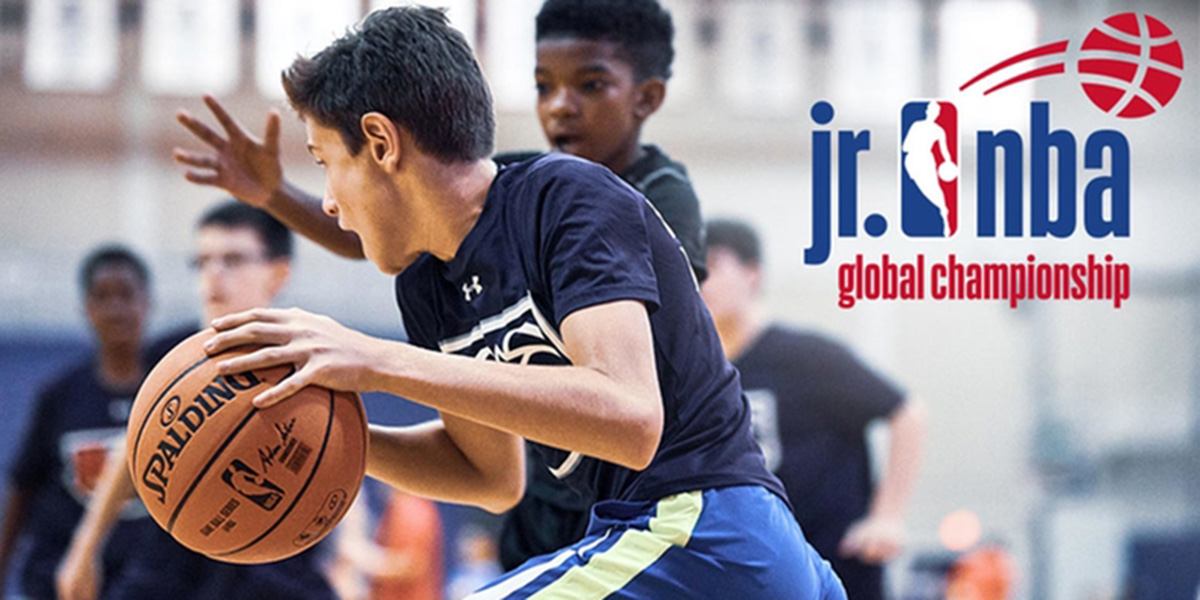 NBA and Canada Basketball to host qualifying competition for top 13- and 14-year-old Boys and Girls Teams. The winners will advance to the Jr. NBA Global Championship in Orlando, FL.

The National Basketball Association (NBA) and Canada Basketball announced the dates and locations of Canadian qualifying tournaments for the second Jr. NBA Global Championship. Provincial club teams made up of 13- and 14-year-old boys and girls will compete in regional qualifying tournaments for the chance to represent Canada at the second annual global youth tournament, which will be held Aug. 6-11 at ESPN Wide World of Sports Complex at Walt Disney World near Orlando, FL.

Ontario’s representatives in the Jr. NBA Canada Regional Finals were determined at OBLX Championships in early April. Congratulations to the U14 Brampton Warriors girls and CIA Bounce boys!

The four winning teams and Ontario will compete at the Jr. NBA Global Championship Canada Regional Finals at the Toronto Pan Am Sports Centre from June 13-16, which will see the winning teams represent Canada in Orlando against top boys and girls teams from around the world.

Last year, Denver Nuggets‘ Jamal Murray made a surprise appearance at the first Jr. NBA Global Championship Canada Regional Finals in St. Catharines, meeting with players and coaches and sharing inspiring stories from his journey from Waterloo to the NBA.

All coaches participating in the Jr. NBA Global Championship Canada Regional will be required to be trained in Canada Basketball’s National Coaching Certification Program and require a background check. The qualification process is in line with Long Term Athlete Development and safety in sport principles with implemented minimum playing time and no zone rules. Games will follow FIBA rules adjusted to eight-minute quarters due to the age and stage of development.