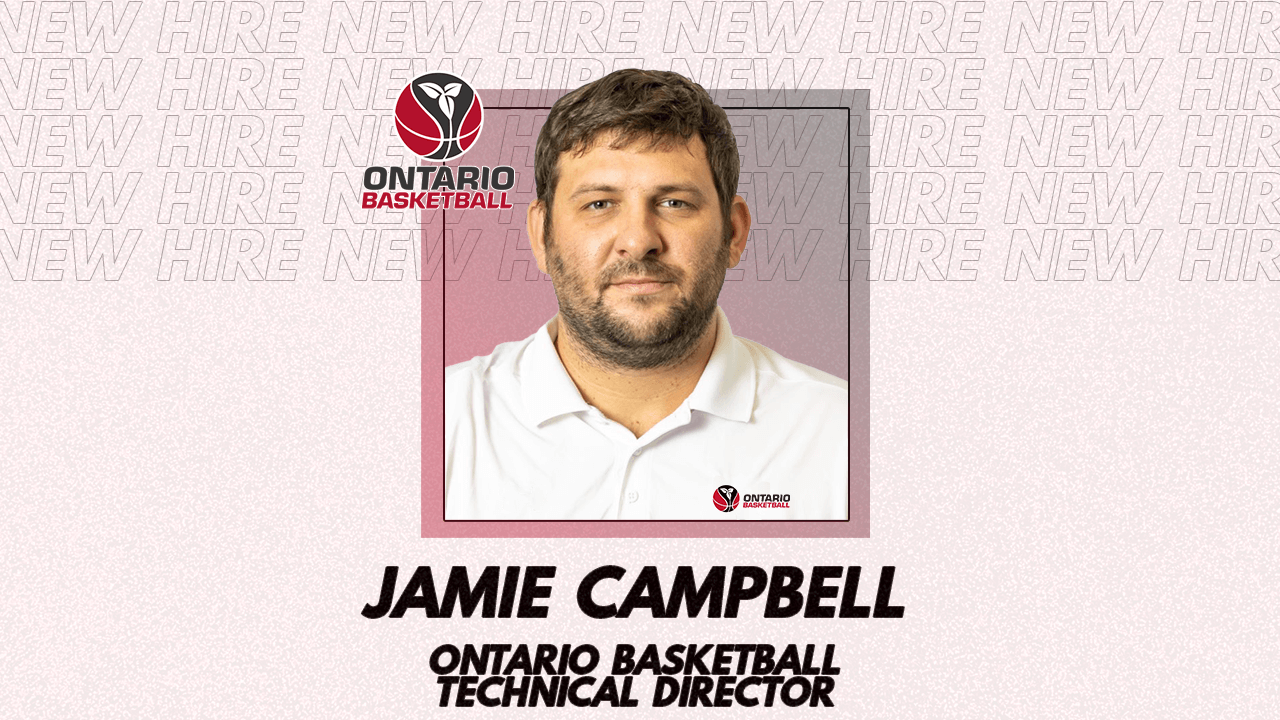 Ontario Basketball is pleased to welcome Jamie Campbell to the organization in the role of Technical Director. Jamie will be responsible for overseeing the Ontario High Performance Sport Initiative (OHPSI) program, and assisting with Team Ontario, Centre for Performance, and other high-performance initiatives with Ontario Basketball.

Campbell comes to Ontario Basketball having previously served as an Assistant Coach with the Carleton University Ravens (OUA) basketball program, and as the Assistant for the Ottawa Black Jacks (CEBL) in 2020. Campbell was an Assistant coach with Wilfrid Laurier University from 2012 to 2018. Jamie has also coached at the PSO & NSO level with Team Ontario and Canada Basketball’s Junior Academy, and club basketball with the Waterloo Wolverines and Ottawa Elite. He is also a member of the Board of Directors for Athletes Combatting Racism. 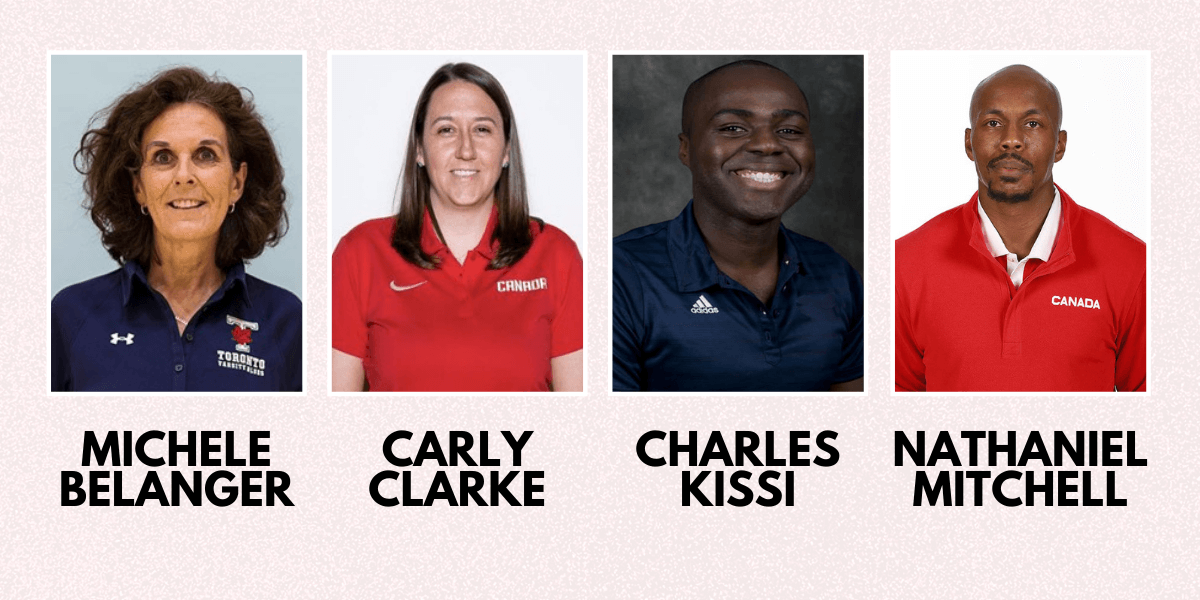 Belanger was the Head Coach, Women’s Basketball at the University of Toronto for 41 seasons (beginning her tenure in 1979). Michele brings a wealth of knowledge and experience to the team. Belanger was named the OUA Coach of the Year 8 times during her reign and led the Varsity Blues to 9 provincial titles and 17 national championship appearances. Michele has also coached for Canada at all levels of international competition, including when she coached Team Canada to a silver medal at the 2015 FISU Games. Despite announcing her retirement from the Blues in May 2020, Michele remains involved in basketball, and has appeared at multiple Ontario Basketball events.

Clarke has served as the Women’s Basketball Head Coach at Ryerson University (OUA) for 9 seasons. Under her leadership, the Rams have qualified for OUA playoffs every year she has coached, and captured an OUA Championship, a U Sports silver medal, and appeared at four National Championships. Prior to joining the Rams, Clarke coached with the University of Prince Edward Island for three seasons. Carly is also currently an Assistant Coach with the Canadian Women’s National Team and actively coaching at numerous levels within the organization – Most notably leading the U19 Junior Women’s National team to a bronze medal in July 2017, the first ever medal at the World Cup for Team Canada. Carly is a Train to Compete-certified coach and continues to stay actively involved in the growth and development of the game in Ontario.

Kissi joins the High-Performance team with a unique perspective with his experience coaching multiple levels of basketball in North America. Currently, Charles is the Assistant Coach for Fort Wayne Mad Ants, the Indiana Pacers G-League Affiliate, while maintaining his position as Head Coach and General Manager of the Guelph Nighthawks (CEBL). Kissi spent 8 years as a head coach in the OUA with the Brock University men’s team and the Ryerson University women’s team. With the Brock Badgers, Charles transformed the program into a national contender, making an appearance at the 2018 U Sports National Tournament. Charles also spent 2 seasons with the Raptors 905 program and was the first mentee of the Toronto Raptors’ Coaches Open House Program under former Raps head coach Dwane Casey. Prior to coaching full-time, Charles spent 10 years with the Toronto Police Service where he created youth and public outreach programs through sport in collaboration with ProAction Cops and Kids.

Currently an Assistant Coach with the Toronto Raptors, Toronto-native Nathaniel Mitchell joins the High-Performance Team with vast experience in coaching and player development. Before joining the Raptors, Mitchell was a graduate assistant at California State University, Fresno (NCAA D1), then moved to work with the Maine Red Claws (NBA G League) before becoming an Assistant with the Raptors 905 program in their inaugural season. Recently he served three seasons as an Assistant Coach for the Charlotte Hornets. Mitchell has also been an Assistant coach for the Canadian Men’s National program since 2016 and was responsible for the building and execution of the Men’s National Team summer training sessions under Canada Basketball. He continues to be an active member in the development of the program and players.