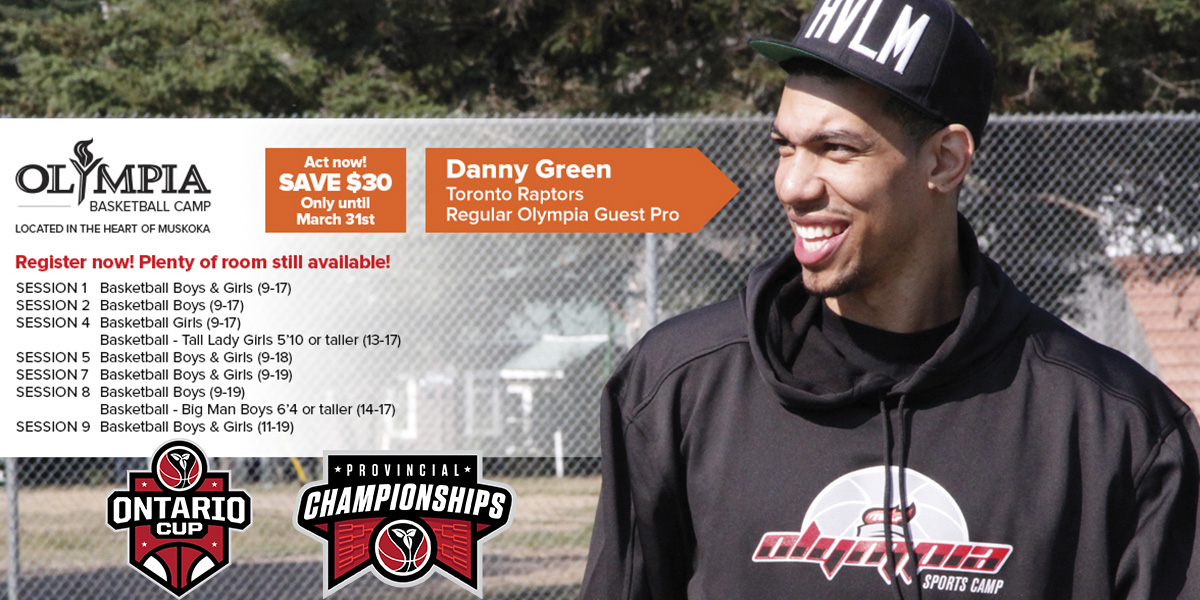 Congratulations to the 2019 winners of the OBA Fair Play Award, presented by Olympia Basketball Camp!

Members and spectators of Ontario Basketball Championships were asked to submit written examples of sportsmanship, integrity and fair play witnessed on and off the court.

The best nominations won teams a week at Camp Olympia together – read below for their deserving nominations;

This team was a last minute thrown together team consisting of 8 U13 girls and 3 U14 girls.  These girls were all cut from their prospective teams and we had one coach who was hoping to take a year off from coach step up and take them under his wing.  This team is so full of heart.  They are always smiling even though they are going up against teams who are a year more experienced than the majority of the team.  They always give it their all and even though they rarely win they truly enjoy playing together and growing their own skills.  Our coach firmly believes in everybody playing equally each game.  They are each other’s biggest cheerleaders and work so hard to support each other.  If they see someone is struggling they will try their hardest to encourage that team mate to keep trying. We never see them getting angry with refs or the other team. Personal development was the name of the game this year and a week at a basketball camp would be the icing on the cake for a group of girls who stared out like the island of misfits but quickly learned to become a team!

Midway through the season, one of our players was in a snowmobile accident that claimed the life of his brother and cousin. Our players rallied together to donate money to help cover some of the funeral costs, and attended the funeral in their jerseys to show support for their teammate. It’s been a tough season, but also a season that allowed them to bond as a team because of this accident.

The boys are always polite, kind and caring on the court – helping opposing team up by hand, always asking if they are ok ect. The boys always clean up any mess left behind even if it doesnt belong to them.  U14 Boys had a player suffer a pretty tragic accident this winter – it was devistaing to these boys to loose a friend and then nearly loose a team mate and  in that snowmobile accicent ( brothers) The U 14 boys steped up and helped where and when ever they could. so not only on the court but they continue to lead by example thruought this community and surrounding

I believe this group of girls deserves to be recognized for their passion and sportsmanship and love for their U13 girls basketball community.  Not only have these players embraced the spirit of playing with the top teams in the province they have befriended ALL of these teams!  They are very active on social media with their team account and look for all opportunities to reach out to these teams and players to recognize their success.  MadeGood provided the team with several boxes of granola bars and the girls decided to package them up and offer these to the teams after each of our games.  A final example was when a player from the Wildhawks had a serious ankle sprain during the gold medal game at the St. Catherine’s tournament.  At the conclusion of the game the entire team went out and sought this player in the stands to check on her wellbeing BEFORE they shook hands and lined up for their Gold Medals.  They have BIG hearts and simply LOVE this game.  This award would be a Win/Win/Win for not only themselves, but also for representing the best of the OBA AND for Olympia Sports Camp!

This team is the best collection of humble, hard working, genuine good boys you can find.  Despite taking ALOT of losses this year against teams bigger, stronger, faster and more skilled, the play the right way every single game down to the last second.  Each player is not only a tough basketball player, but they are all young gentlemen, who show great respect to referees, coaches, parents and most importantly their opposition.  They have been taught to offer a hand to anyone who falls on the ground, to not show negative frustration, and to understand we are all working towards being good citizens, not just good basketball players.  Th e teams theme this year is Integrity, which they show at each practice and game they participate in.  Please consider this group of young men who exemplify the qualities of the OBA and Olympia Sports Camp.