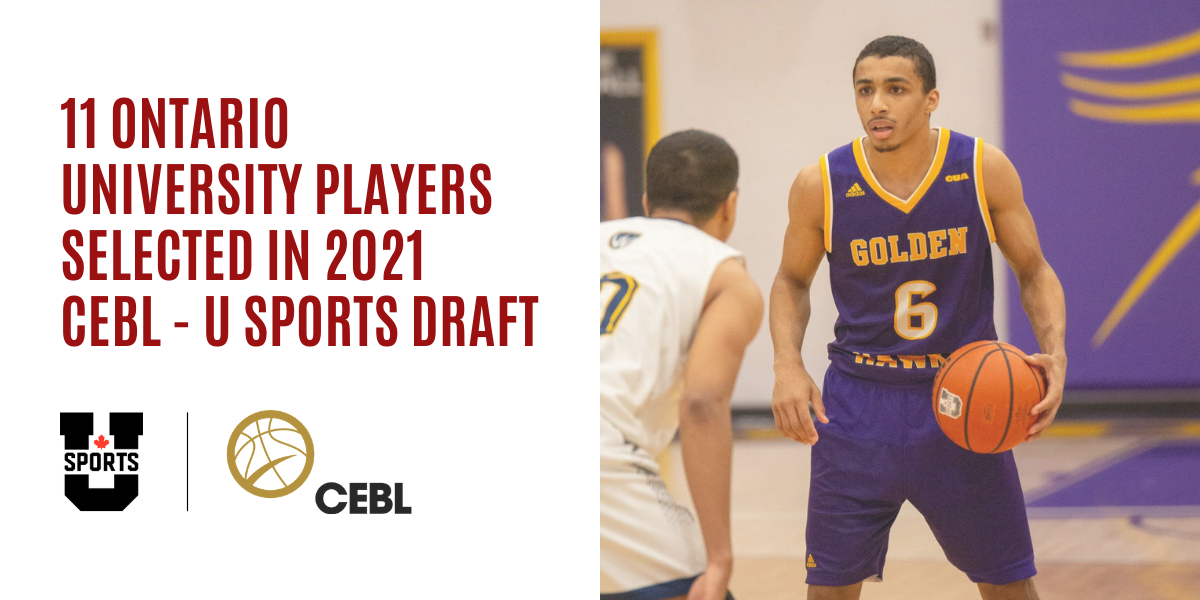 *Audu is not an OUA grad but is from Ontario.

The CEBL also announced this week that the start of the 2021 season has been pushed back from June 5 to June 24 in recognition of the constantly changing COVID-19 situation. When their season starts, select CEBL games will be available to watch on CBC Sports.

Four of seven teams in the league are Ontario-based, plus one team each from Alberta, British Columbia and Saskatchewan. The CEBL has a TV broadcast agreement with CBC Sports. The CEBL played a bubble tournament in summer 2020 in which the Edmonton Stingers were crowned champs.