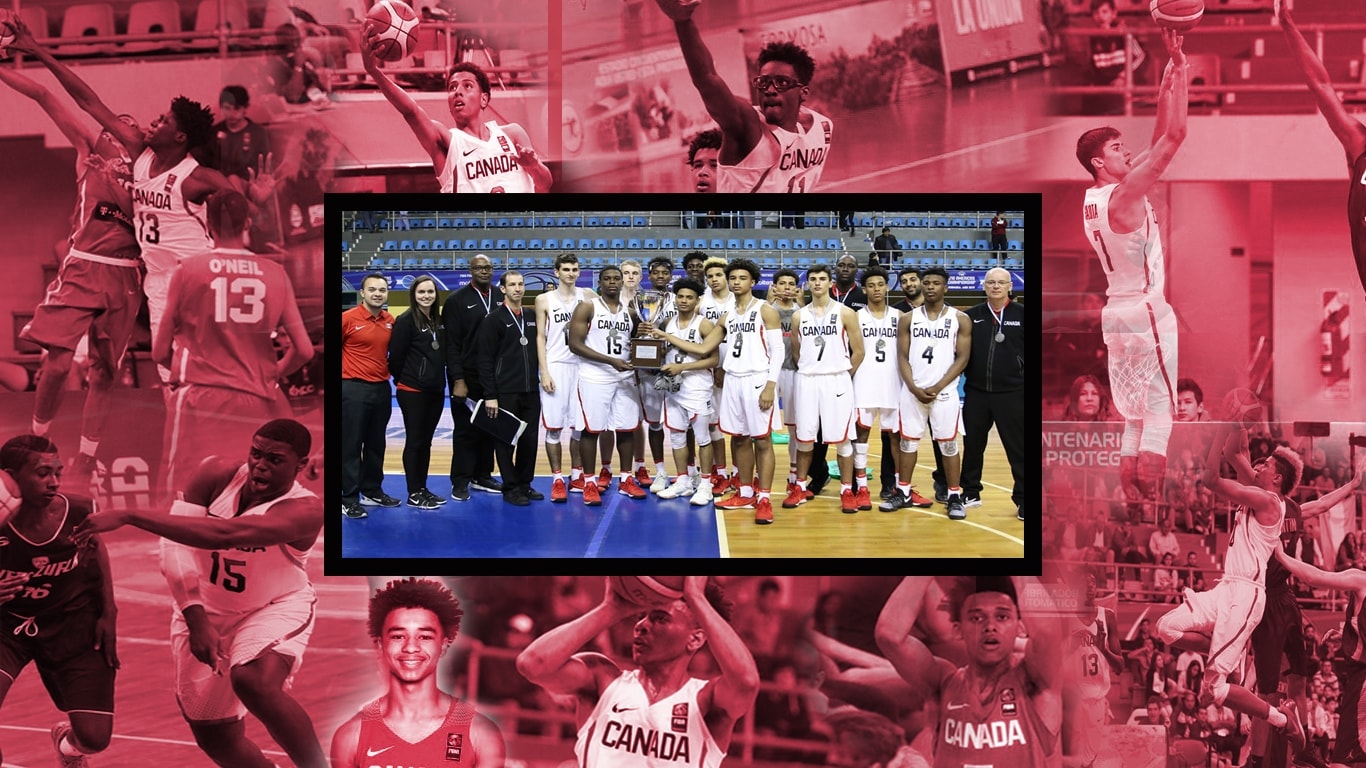 Canada’s U16 Men’s National Team came in second at the 2017 U16 FIBA Americas Championship. The team finished with a silver medal after losing to the United States in the final, 111-60. Ontario native Luka Sakota (Etobicoke) had a team high 17 points while Cashius McNeilly (Scarborough) and Shemar Rathan-Mayes (Toronto) added 15 and 14 points in the loss.

Canada proved to be dominant in the group phase and semi-finals as they were undefeated with wins over Argentina, Paraguay, Venezuela and Puerto Rico. Malachi Ndur (St. Thomas) led all players in the tournament with 8.6 rebounds per game.

The final was a repeat of the U16 Women’s FIBA Americas final as the two highest ranked teams in the tournament faced off; Canada, ranked third in the FIBA Men’s Youth Rankings and the Unites States, ranked first.

Several of the Ontario athletes that competed for Team Canada this summer can be found in the Ontario Scholastic Basketball Association (OSBA) this upcoming season.

For full game footage, results and statistics visit the 2017 U16 FIBA Americas Championship website. For recaps of each one of Canada’s games, visit the Canada Basketball website.