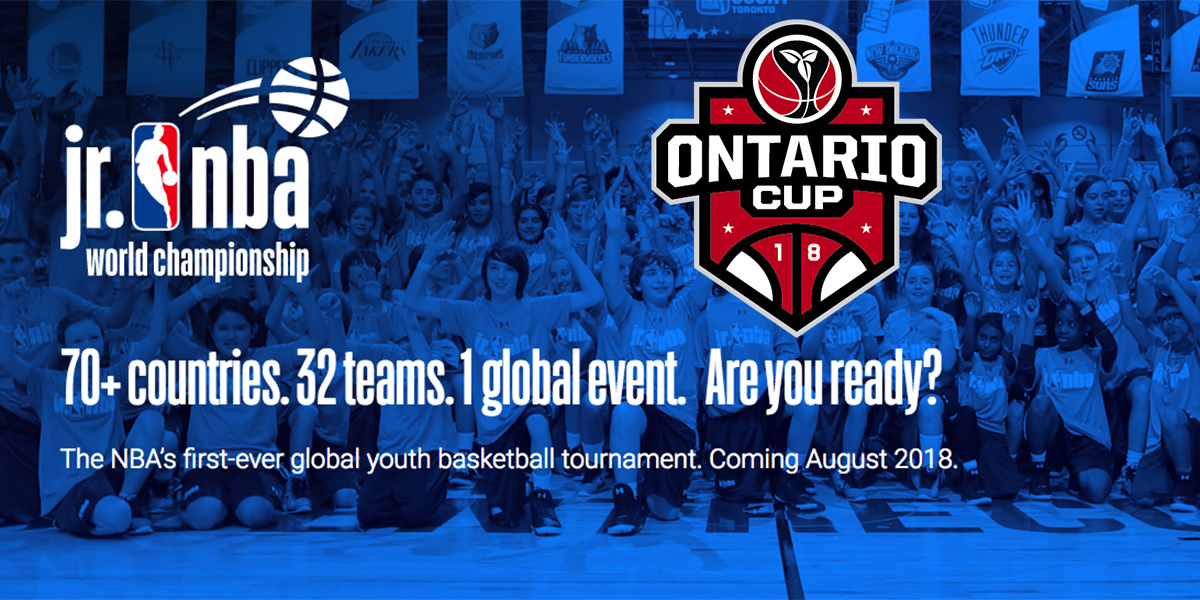 The Jr. NBA World Championship Canada Regional will determine the U14 boys and girls team that will represent the country in the first-of-its-kind global youth basketball tournament. Ontario’s host bids will be represented by the champions of boys and girls Division 1 at the 2018 Ontario Cup. Other provinces across Canada will complete their own qualification processes.

The competitions are as follows:

Other Canadian regional representatives and the Ontario Cup-winning teams will compete at the Jr. NBA World Championship Canada Regional Finals on June 15-17, 2018, in St. Catharines at Brock University and the Meridian Centre to determine the top boys and girls teams in the country.

“We’re thrilled to have our Ontario Cup represent the pinnacle of competition at the U14 level and for those winners to have the chance to move on to the Canada Regional and potentially the Jr. NBA World Championship,” said Jason Jansson, Executive Director, Ontario Basketball. “It’s an exciting opportunity organized by the NBA and Canada Basketball, and we wish our teams the best of luck in qualifying.”

Games will follow FIBA rules adjusted to eight-minute quarters due to the age and stage of development. Youth at the Jr. NBA World Championship will not only compete on the court but will also receive off-court life skills education and participate in NBA Cares community service projects.